A short post this week as the end of it got a little weird.
This week I have been

Watching - Rocky trying to adjust to wearing his cone. He had the snip last week.
I took him back to the vets today, all is healing well and he's allowed outside once again. 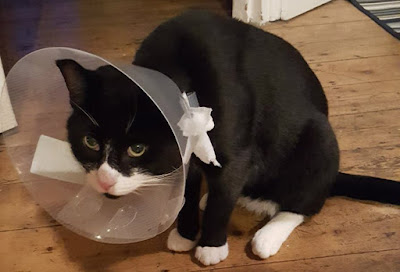 Celebrating - with a sparkler. G's sister's birthday is on 5th November. As you can tell from the photo this year was a special one for her.
Family friend L (along with her son, daughter and son's girlfriend) created a wonderful two tiered bonfire cake and they also made this Guy and box of fireworks. Included were a set of mini sparklers, one for each guest at her celebratory birthday meal. 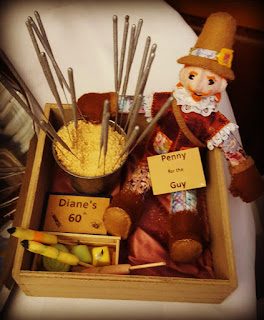 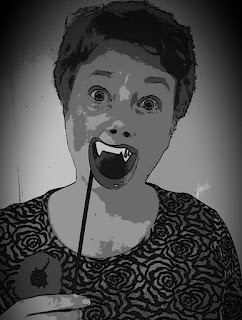 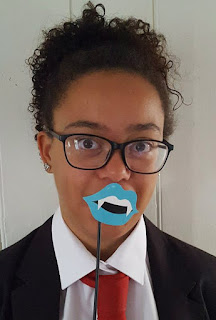 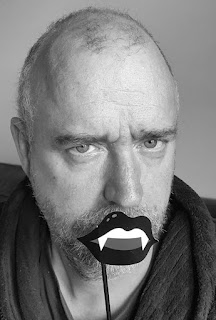 Extraordinarily Grateful - to our wonderful NHS.
When I woke up yesterday morning G told me he had been awake for a few hours with chest pains. What kind of pains I wanted to know. Not worrying pains he said. 26 years ago he had a viral infection which affected the pericardium and he said it felt similar. So he rang 101 for advise. They said because the pain had been there for a few hours they were sending an ambulance to check his heart. It arrived shortly afterwards and an ECG was done. The results were leaning towards another incidence of pericarditis but they took him to hospital so he could be thoroughly checked and the option of a heart attack ruled out. Thankfully after having various tests and seeing a cardiologist this was indeed the conclusion so 12 hours later I collected him from the hospital. He has some medication and needs to rest.
Here's to a less dramatic week ahead.